The Girdle Stane or Dunnichen 1 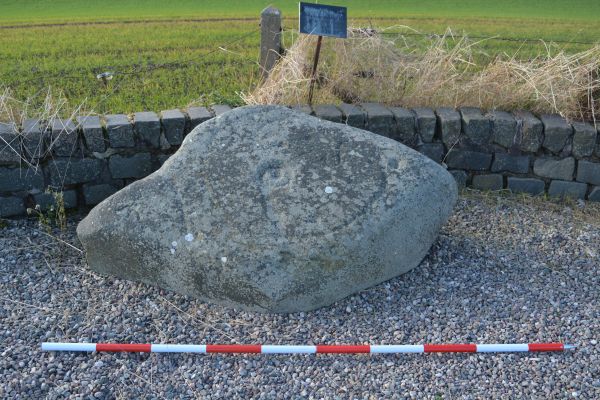 The "Girdle Stane" was used as a boundary marker between the "parishes of Dunnichen and Rescobie, also between the lands of Dunnichen and Ochterlony (Balmadies)." (Warden, 1882. p.190)
It can be seen marked on the section of map below, situated on the corner of a T-junction around 1 3/4 miles to the north of the village of Letham in Angus. 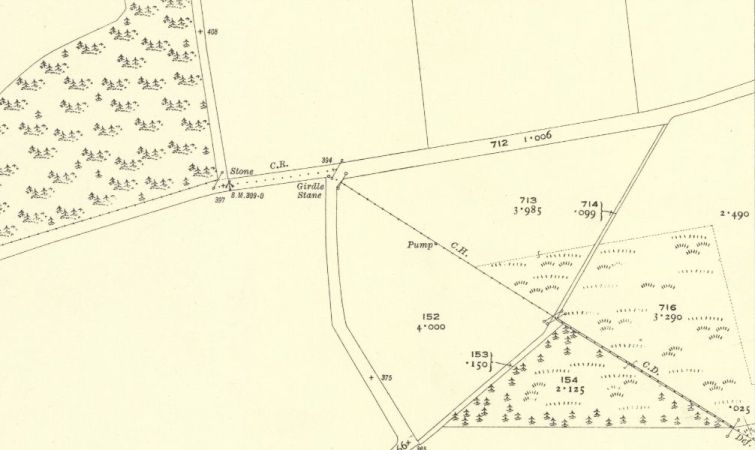 Reproduced with the permission of the National Library of Scotland*

The stone now rests approximately 130 yards to the south of this position.
It is very likely that the boulder originated from elsewhere being moved perhaps in the medieval period to its previous position.

A Girdle is defined as: "A circular plate of malleable or cast iron, for toasting cakes over a fire." (Jamieson, 1846. p.285) It is said that the large incised circle, which is just over two feet in diameter is similar to this utensil and is how the name of the boulder was derived.

As can be normally attributed to a stone of this nature, it has a little folk tale which surrounds its origins, that being "a witch was carrying this boulder from " the Crafts" of Carmylie in her apron, when the strings broke, and the stone fell where it now lies. (Warden, 1882. p.190)

The main feature of the stone is the cup and ring mark near to the centre with what looks to be an S carved to the upper right.
On closer inspection there can also be observed what looks to be three cup marks, to the lower left can be seen an Ordnance survey bench mark, which is used to mark an elevation reference point. With to the right of which a possible incised line can be seen. 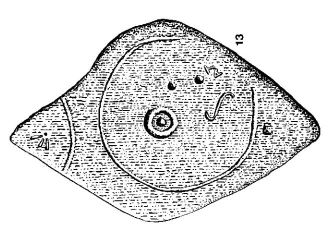 The illustration shown was sketched in 1995 by John R Sherriff.

Having recently produced a 3D model of this stone, some further details, which are difficult to see in normal daylight are now revealed. 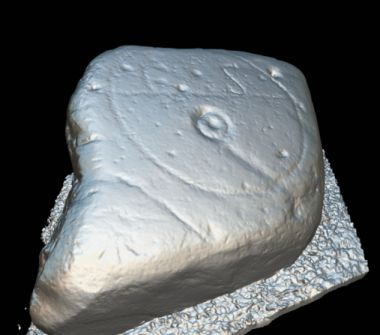 The large circle has a line which has been incised across it. There also appears to be a letter C on the left hand side, which is cut to around the same depth of the circle itself, suggesting it may have been incised at the same time.
Whether by accident or design, the cup and ring mark also appears to have a channel coming from its lower portion. 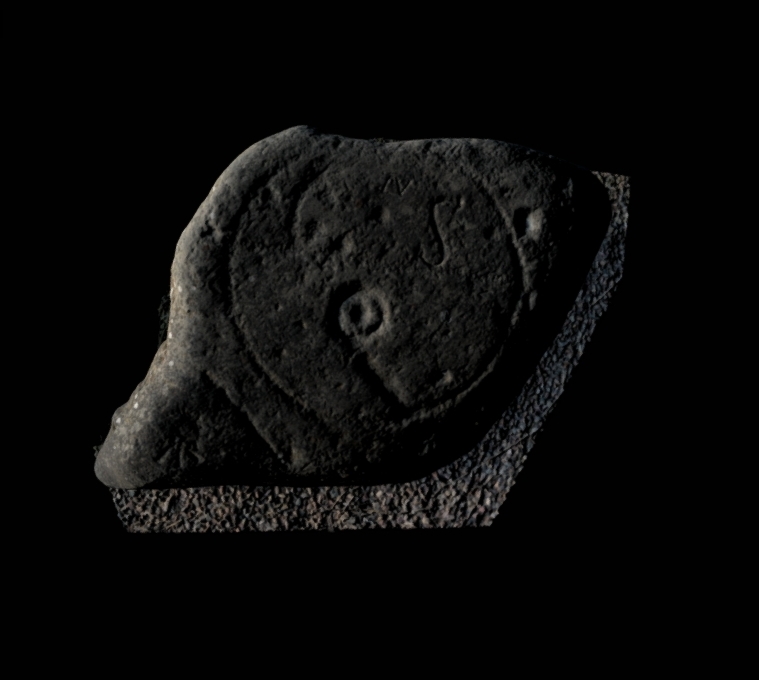 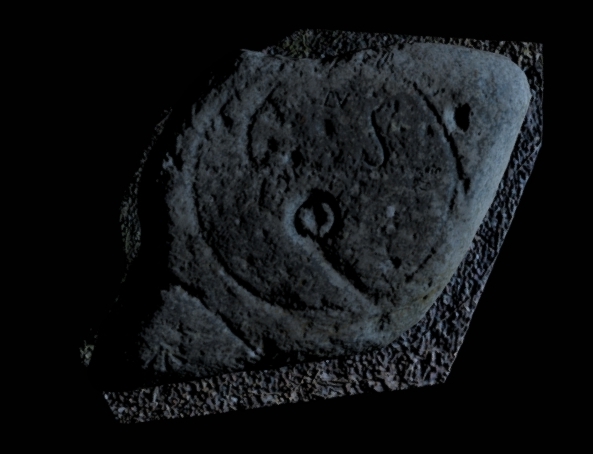 A final view which really highlights the detail.

The Canmore index page can also be visited here